BETWEEN THE WAVES FEATURED IN MAXIMUM INK MAGAZINE 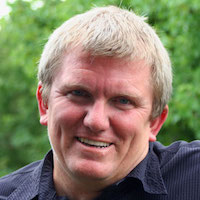 MADISON, WIS. - Many years ago, Roy Elkins left his hometown in Michigan, drawn to the music scene of Memphis, Tennessee. His father and brothers were musicians, and Roy believed he could create his own fame along Beale Street. But his fascination with the artists instead revealed a skill Roy hadn’t quite considered before—the technology-side of music.

Fast-forward to an opportunity with Sonic Foundry in Madison. It was 1997 and Roy was based in Philadelphia. He was still working in technology, and in a quickly-changing business, helped launch dozens of new products meant to make a musician’s job easier. But there was something about Madison. Shortly after settling in here, Roy realized he was smitten with the city. And as it turns out, it was not a short-term sort of love.

“I traveled the world, then realized how much I loved being back in the Midwest, and in particular, being in Madison, “ Roy says. “And once I was involved in the music scene here, I knew I would never leave.” So, from Sonic Foundry to starting his own company Broadjam, then helping create the Madison Area Music Association and Awards, and now his latest venture, the Between the Waves Music Festival and Conference. Roy has taken his love of the music and city, to new heights. “As an entrepreneur, I’m so proud of the teams of volunteers who have been willing to get behind an idea, and not be afraid to turn it into something,” Roy says. “The key mission has always been to put Madison on the national map, and now with the Between the Waves Music Festival and Conference, it’s going to happen.”

This will be the first year for what Roy is calling an annual event. The city, and dozens of sponsors are behind it, and if you look at the numbers—this may already indicate success: 30 speakers, and 40 presenters are scheduled for the conference portion of the event, and more than 45 bands are set to play on 5 stages over 2 nights, along with both a Hip Hop, and Hard Rock/Metal showcase featuring some of the best this area has to offer. Luke Jorgensen is a local musician, and member of The Lower Fifth Band. He says his own experiences in putting together shows of all types, including the successful annual Whiskeyonsin Family Reunion, is just a part of the reason he decided to volunteer. “This festival and conference is going to be such a gift to our city, its musicians, and its music fans,” Luke says. “This is an investment in our local music scene. A lot of people are putting their music, time, and money down to make this a success for years to come. And it really is only the beginning.” While Luke is leading the organization of the festival portion of the event, another local musician is behind the promotion of it. Amber Swenor is with the band Morningstar, and operates Strategic Partners Marketing. Her passion for music, and the opportunity to offer up her company’s skills to support the festival and conference is exactly why she is volunteering. “I believe in this conference and festival as a way to further claim Madison’s space as a music city, and that’s something I’m proud to be a part of,” Amber says. “As a musician, I wanted to be involved at the grassroots level, to share in the camaraderie with fellow musicians, and to inspire the growth of our own band, Morningstar, as we prepare to release our first full-length album later this summer.”

As for Roy, this event has been in his head for more than 10-years. Seeing it actually ready to kick-off, is a dream come true. “I’ve been thinking about something like this for years. But the time-frame now feels perfect, our city is ripe for it, and certainly deserves it,” Roy says. He tells me there are many examples around the country to look at with one of the most well known being South-by-Southwest (SXSW). It may be years ahead of this new event in Madison, but Roy believes it also means any big mistakes made at the popular Austin, Texas festival, won’t be repeated here. It’s why he’s already thinking about year-two for Between the Waves. “I am so excited, I’m nervous, but I’m already looking to expand what we are creating here,” says Roy.

And there’s little doubt this will be the first of many years to come. It’s a gift from Roy, to the place and profession he loves. And both Madison and the music, love him right back.

Max Ink: Will the conference be interesting for those who aren’t part of the music scene?
Roy Elkins: Yes! One example is Paul Broucek. Paul is speaking on Thursday, June 15th at 7pm about music in films. He is the Executive Producer for Warner Pictures and has helped place music in films ranging from Lord of the Rings to the new Wonder Woman film. If you are a movie-buff, you will love this presentation.

MI: Many business people have to learn how to reinvent themselves over the course of their careers. Is there something to be learned from the musicians speaking at the conference?
RE: Ben Sidran is one of the first examples of someone who decided to write his own rules, and do-it-yourself. Though from Madison, he has found great success around the globe. We can all learn something from his tenacity, and attitude. He speaks Sunday afternoon, June 18th.

MI: If there is only one event a person may be able to attend, what is the “must do” at the conference?
RE: Our salute and the incredible stories about the Wizard of Waukesha, Les Paul. This is a don’t miss event on Sunday morning, June 18th. It will be a very special presentation.